Heston and Celeste discovered the FOC while attending a Show Me the Money Day event at the Clio Senior Center. Married with five children, the couple had previously been living in West Virginia so Celeste could finish her doctorate in mathematics. With two businesses to run, four young children and another on the way, they decided to leave West Virginia behind and come back to Michigan to be with family. However, even with being near family, the continued pressure of each owning their own full-time businesses, having outstanding debt, homeschooling and trying to meet the needs of a growing family was all-consuming and dominated far too much of their lives.

They started with a Habitat financial coach at the FOC and things started to change quickly. “Through the FOC, we made some hard decisions. It was amazing how helpful it was to meet with someone outside of ourselves” Heston states. The couple decided to focus on keeping just one of their businesses instead of two. “With the FOC, we had regular financial reviews and could look at what was working and what wasn’t working.” states Celeste. “With another person involved, we weren’t just having the same discussions over and over again.”

“Because of the changes we made, our income is rising. We are now working less hours and making more money. We have paid off thousands of dollars in debt, and we now have a plan for the chaos and money shocks that life brings. We would have done it eventually, but with the FOC, we turned around a lot faster than we would have on our own.”

The LISC FOC was recently awarded the State Farm Good Neighbor Grant in the amount of $6,000 to help empower Genesee County residents in their personal finances and open opportunities for a stronger financial future. For more information, please visit https://www.geneseehabitat.org/liscfoc or call (810) 766-9089 ext. 209. 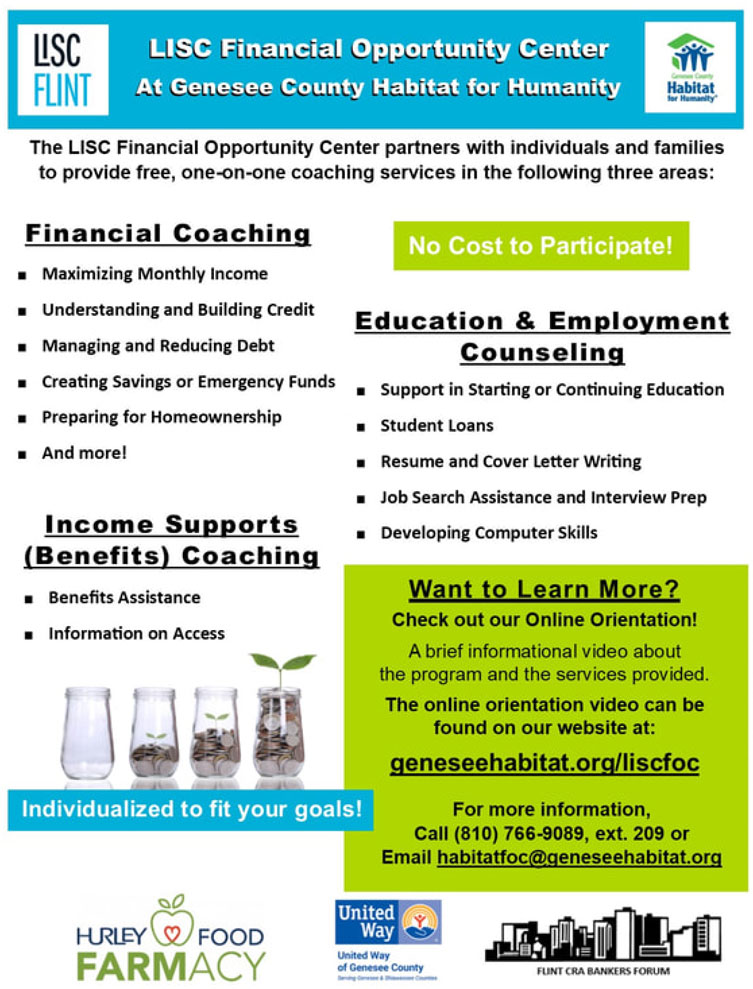